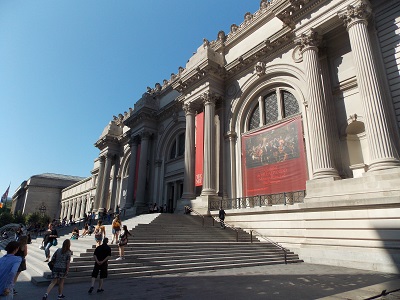 The Metropolitan Museum of Art of New York City, otherwise known as “the Met” is the largest art museum in the United States. The main building which is on the eastern edge of Central Park attracts over 7 million visitors a year and was founded in 1870 and opened in 1872 for the purposes of opening a museum to bring art and art education to the American people. Since the museum opened it has been renovated many times and is 20 times bigger than the original building.

When you enter ‘the Met’ into the Great Hall, it is similar to the British Museum with an extensive collection of works from classical antiquity and ancient Egypt near the entrance.

With limited time available, we knew we could not see everything, so decided to follow the floor plan and see how far we could see. 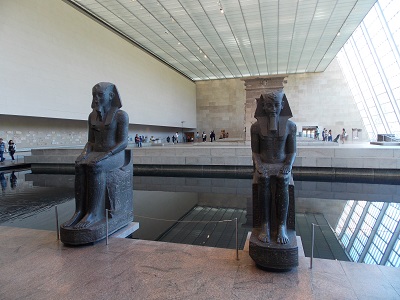 Our first section was Egyptian Art and the museum’s extensive collection is full of mummies and artefacts, however the most impressive exhibit is The Temple of Dendur which was transported from the shores of the Nile in Egypt in the 1960s.

The American Wing features a number of highly decorated rooms from all over the United States and the rather strange Sara Berman’s Closet. 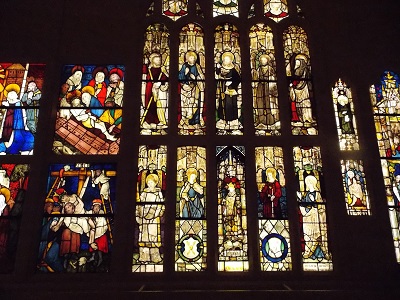 Arms and Armour provide a piece of Hollywood with flags flying but the armour is spectacular. 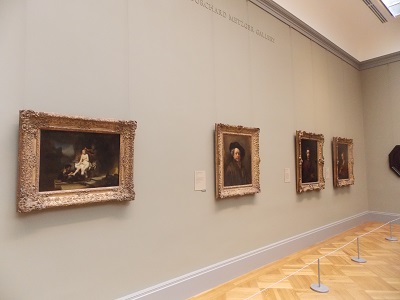 Modern and Contemporary Art features a wide range including Manet, Monet and ; a roomful of van Goghs.On the Second floor European Paintings 1250 -1800 include Velazquez, El Greco, Vermeer and around twenty Rembrandts.

There are also a wide range of Musical Instruments.

The Met has a number of cafes and restaurants (we had a break in the lovely courtyard) gift shops and bookstores. You really needed more time than we had to get the best out of a visit to the ‘Met’ but even in our short visit we enjoyed some of the delights of the museum. The only issue is the $25 for admission, for over a century, the museum had free admission and still does not really charge New Yorkers. Using overseas visitors to subsidise local use is not that rare in some museums but is fundamentally penalising people who travelled thousands of miles to visit your city.